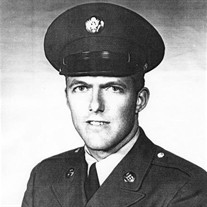 Charles Sevier May Jr., age 83, was born September 1st, 1937 in Harriman, TN. He passed away Tuesday afternoon, November 3rd, 2020. He lived in Kingston, TN with his wife of 55 years Polly May. Charles was preceded in death by his parents Charles Sr. and Myrtle May Brown of Harriman, TN, and his wife Polly May. He is survived by his son and daughter in law Jacob and Angela May, sisters Elizabeth Young and Jane Pride of Clinton, TN, grandsons Eli and Thomas May of Kingston, TN, and several very special nieces and nephews. Charles May was a loving Husband, Father, and Grandfather, and a wonderful friend to many. In his 83 years, everyone he met was treated with respect and a gracious humility that drew people to him. From his neighbors, nurses, caretakers, friends, and family they knew of no one with a harsh word to say about him. Charles graduated from Oliver Springs High School in 1955 and attended Lincoln Memorial University. He then worked at Roane Hosiery Mill and was drafted to serve in the Army from 1961 to 1964. He served in Germany as a forward observer in a self-propelled howitzer artillery unit. After the Army, he went to school to become a machinist and worked at various Machine shops, Oak Ridge Tool and Die, Teledyne Continental Motors, Inc. of Mobile Alabama and finally at the Y-12 National Security Complex where he retired in 2004 after 24 years of service. Charles enjoyed working on his tractor and you could find him most of his days plowing, leveling, mowing, either his house or neighbors on the hills overlooking Kingston, TN. He was a very generous man who loved helping his neighbors with his equipment. In 2011 his wife became wheelchair-bound but he took care of his wife faithfully and was an outstanding husband to her for over 55 years. His wife's brother commented once that "he couldn't imagine his sister being married to a more loving husband than Charlie was to his sister." Charles Jr. was also a man of faith. He was Baptized at the Kingston Church of Christ in 2012 with his Grandson Thomas May. If you found him on his tractor during the day you would find him and his wife studying the Bible at night right after Jeopardy, usually until the news would come on at 11 pm. He shared his faith with anyone that cared to listen. The Graveside Service will be held at Roane Memorial Gardens in Rockwood, TN on Saturday, November 7, 2020, at 11:00 a.m. Because of concerns due to Covid-19 we are asking everyone to practice social distancing and wear a mask if able. Kyker Funeral Home of Kingston is serving the May Family. www.kykerfuneralhomes.com

Charles Sevier May Jr., age 83, was born September 1st, 1937 in Harriman, TN. He passed away Tuesday afternoon, November 3rd, 2020. He lived in Kingston, TN with his wife of 55 years Polly May. Charles was preceded in death by his parents Charles... View Obituary & Service Information

The family of Charles Sevier May Jr. created this Life Tributes page to make it easy to share your memories.

Send flowers to the May family.