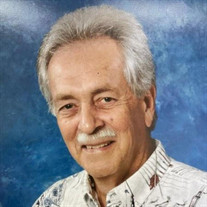 David Mathson Carrington, 74, born October 2, 1945 in Elizabethton, TN to Sam V. Carrington, Sr. and Edna M. Carrington passed away on Sunday, September 20, 2020. David is survived by his wife of 29 years, Sylvia (Billye) Lovelace Carrington and her two daughters: Debbie Lovelace of Jacksonville, FL and Lydia Thugut (Kenny) of Durham, NC., and their daughter, Holly Thugut also of Durham, NC. David is also survived by his older brother, Sam V. Carrington, Jr. (Noreda) of Marietta, GA and two nephews; Craig Venable Carrington (Sara) of Portland OR and Stephen Marsh Carrington (Kris) of Marietta, GA. Also, he is survived by Madeleine Joan Carrington, great niece and daughter of deceased nephew, Jason Coleman Carrington (Liz) of Ashville, NC. He is survived also by his sister, Marsha Carrington McDaniel (Emory) of Hoover, AL and niece, Bethany Smith Staats (Brad) and three great nephews: Randall Bryant Staats; Richard Brantley Staats; and Rylan Bradley Staats of Bethpage, TN and nephew, Nathan Gene Smith of Hoover, Al and a special cousin, Gaye Sandstrom McCullough of Elizabethton, TN. He is preceded in death by his father, Sam V. Carrington Sr., mother Edna M. Carrington and nephew, Jason Coleman Carrington. After living in Oak Ridge, TN until David was around age 7 he and his family moved from Oak Ridge to Kingston, TN where David later graduated from Roane County High School. After honorably serving in the U.S. Air Force, David graduated from Tennessee Tech with a business degree. Later David graduated from Law School in Nashville, TN. He lived and began his career in Oak Ridge at X10 as a Subcontract Administrator. David was an avid golfer winning 2 “holes in one” and many, many tournaments. He and his wife, Billye, had many years of both enjoying the game of golf. David and Billye would retreat to their winter home in Haines City, FL where they spent 5 to 6 months each year avoiding Tennessee’s cold winters. They played golf, relaxed and received guests. David loved having a pet! He became devoted to each one. His shih tzu dog, Brandy, survives him. The family will receive friends at Kyker Funeral Home of Kingston on Friday, September 25, 2020 between the hours of 12:00 and 1:00 pm and also at Graveside in Roane Memorial Gardens at 1:30 pm and all are welcome. He will be buried with his parents in a family plot. In lieu of flowers please send donations to the Kingston Church of Christ or the charity of your choice. Memorial comments can be shared at www.kykerfuneralhomes.com. Kyker Funeral Home of Kingston is serving the Carrington Family.

The family of David Carrington created this Life Tributes page to make it easy to share your memories.

Send flowers to the Carrington family.