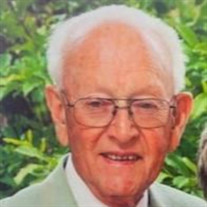 Haskell Glenn Collins of Kingston passed away from this life peacefully and went home to be with his Lord and Savior on Sunday, November 12, 2021, surrounded by his family. He was loved and adored as a Husband, Dad, Grumpsie, Uncle Glenn, a Christian and friend to many! Glenn was born on June 15, 1936, in Prestonsburg, KY. He was preceded in death by his parents Albert and Maggie Spradlin Collins, and 6 siblings. Glenn is survived by his devoted wife, Sue of 67 years, two lovely daughters, Barbara Wasilko, husband Paul, two children David Wasilko and Lisa Gorman, husband Thomas, two grandchildren, Noah Thomas, and Emma Ruth. Melanie Henry and husband Mike, all living in Kingston. Glenn began his career in the US Army and honorably served his country for twenty-two years, retiring in 1975 as a Sargent Major. During his time in service, he served in the Korean and Viet Nam Wars. He also had tours in Germany and served as an Attaché at the American Embassy in Lagos, Nigeria. After his military career, he began his second career and retired with the US Department of Energy working at the Office of Science and Technical Information Center in Oak Ridge. He later worked in Real Estate/Building. He also served as a City Councilman in Kingston. Glenn humbly and proudly served on the Kingston Honor Guard. Glenn had always told Sue that when he got older and had to cut back on doing things but serving on the Honor Guard would be the last thing to go! Glenn was one like no-other! We are all truly blessed and richer for having had him in our lives. A life well spent. His memory will be in our hearts forever. The family will receive friends at the Lawnville Church of Christ, 1301 Lawnville Road, Kingston, TN 37763 on Thursday, November 18 from 5:30- 7:00 pm his funeral service immediately following. On Friday, November 19 at 11:00 am his burial will be at the Kingston Memorial Gardens. Glenn was a founding member, a humble servant of the Lord, and a long-time member and Deacon of the Lawnville Church of Christ. In lieu of flowers the family kindly requests that you consider sending memorials to the Lawnville Church of Christ. Kyker Funeral Home of Kingston is serving the Collins Family.

Haskell Glenn Collins of Kingston passed away from this life peacefully and went home to be with his Lord and Savior on Sunday, November 12, 2021, surrounded by his family. He was loved and adored as a Husband, Dad, Grumpsie, Uncle Glenn, a... View Obituary & Service Information

The family of Haskell Glenn Collins created this Life Tributes page to make it easy to share your memories.

Haskell Glenn Collins of Kingston passed away from this life...

Send flowers to the Collins family.