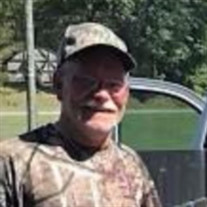 Jerry Lynn Simmons, age 54, of Sweetwater, passed away at Parkwest Medical Center on Monday, August 30, 2021. He was a Veteran of the United States Army, an avid hunter and outdoorsman, and employed as a truck driver with Monterey Mushroom... View Obituary & Service Information

The family of Jerry Lynn Simmons Jr. created this Life Tributes page to make it easy to share your memories.

Jerry Lynn Simmons, age 54, of Sweetwater, passed away at Parkwest...

Send flowers to the Simmons family.