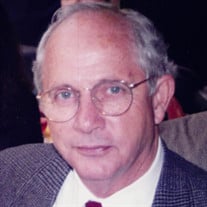 Joseph Houston Crabtree, of Sweetwater, was born on November 26, 1938, in Ten Mile, Tennessee, near Blue Springs Cove in Roane County. He died at home on June 16, 2022 in Sweetwater. He was predeceased by his parents, Grover Cleveland Crabtree and Maggie Alberta Easter Crabtree; infant son David Cleveland Crabtree, sisters Kathleen C. Dew and Peggy Ann Johnson; brothers Jack, Jim, Ted and Tower Crabtree. He is survived by his wife of 62 years, Mary Chappell McQuiddy Crabtree. He is also survived by his children: Joseph H. Crabtree, Jr. (Teresa), Melissa Marie Crabtree, Ted Gordon Crabtree (Pam) and David Chappell Crabtree. He is survived by eight grandchildren: Joseph H. Crabtree, III, Catherine Null (Joe), Zachary Crabtree, Hannah Crabtree, Wade Crabtree, Sara Crabtree, Elizabeth Crabtree and Jesse McQuiddy Crabtree. He is also survived by 2 great-grandchildren: Lily Rice and Ruthie Null. Joe grew up on his family’s dairy farm near the Old Sweetwater Baptist Church and attended school in his early years at the school adjacent to the church. In addition to the loving influence of his parents, he benefited from the wisdom, support and experiences of his older siblings as the youngest of seven. Five siblings served in either WWII or the Korean War. He was proud of their service and often recalled memories of watching them depart and return via the train depot in Sweetwater. Beginning at an early age, Joe was known for his work ethic. As in his later life, he was never idle. While in high school he worked in and delivered groceries for Monroe Food Market. After graduating from Sweetwater High School, Joe enlisted in the Air Force following the military tradition of his siblings. After serving five years in the Air Force, he and his family returned to Sweetwater to begin a thirty five year career in banking that spanned several communities inclusive of Madisonville, Copperhill and Hartsville. Joe attended and completed banking schools at the University of Tennessee and the Southern School of Banking at Louisiana State University. During his first years in banking Joe was privileged to work under the guidance of Billy Adams, president of Sweetwater Valley Bank. Early in his career as Joe was serving as branch manager in Madisonville, he was elected alderman for the City of Madisonville. In each community, Joe was active in civic community clubs and was a devoted member of the United Methodist Church. During Joe’s banking career he served as president of the First National Bank of Copperhill (1980-1982) president and CEO of the Bank of Hartsville, later Community First Bank (1982-1996). In each community, Joe enjoyed relationships with the staff with whom he worked within each community, developing relationships that lasted a lifetime. Retiring upon the sale of Community First Bank, Joe and Mary Chappell relocated to Sweetwater, although he would frequently return to Hartsville to oversee a small farm and visit family there. He loved his family and deeply cared for their success and wellbeing. His family is grateful for the abundant loving care and friendship provided him throughout his illness by Penny Ratledge, Janette Lindsey, Kelsey Garren, Melanie Lindsey and each member we came to know and love on the staff at Adoration Hospice There will be a gathering of friends on Saturday, June 25, 2022, at 11:00 am in the Family Life Center at Sweetwater United Methodist Church. At noon there will be a service in the sanctuary, followed by interment at West View Cemetery. The family requests that in lieu of flowers, please make donations to Unicef to support Ukraine or the Boys and Girls Club of the Ocoee Region. Friends and family may share their condolences at www.kykerfuneralhomes.com Kyker Funeral Homes, Sweetwater, in charge of arrangements.

Joseph Houston Crabtree, of Sweetwater, was born on November 26, 1938, in Ten Mile, Tennessee, near Blue Springs Cove in Roane County. He died at home on June 16, 2022 in Sweetwater. He was predeceased by his parents, Grover Cleveland Crabtree... View Obituary & Service Information

The family of Joseph Houston Crabtree Sr. created this Life Tributes page to make it easy to share your memories.

Joseph Houston Crabtree, of Sweetwater, was born on November...

Send flowers to the Crabtree family.