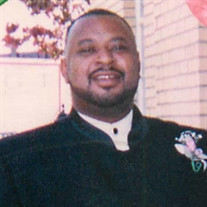 Kerry Floyd was born on April 13, 1968 in Harriman, TN as a special gift to an even more special woman. Kerry will be sadly missed by all that knew him. Kerry made so many positive impacts on so many different people’s lives. He was a so gifted at so many different things and his accomplishments in life were well deserved. He was a member of the Local Boilermakers Union, where he was a dedicated and loyal member for over 30 years. Kerry was preceded in death by his biological father Leroy Floyd and his stepfather Glen Gallaher. He leaves to morn his dedicated mother Barbara Ann Martin from Harriman, TN., 3 brothers Cornell Frazier from Hillsville, Virginia and Eric and Derek Gallaher from Harriman, TN.,3 daughters: Barbara Ann Floyd of Athens, TN, Miranda Floyd of Oak Ridge, and Sariya Floyd of Harriman, TN. He leaves behind a host of nieces, nephews, cousins, fiancé Jennifer Brooks of Harriman, TN and a friend that is rare these days and only comes around once or twice in a lifetime, Perry Cleveland of Harriman, TN that will all miss him dearly, especially his laughs and jokes. To my brother, the things that I learned from you could only be taught by a big brother for 49 years, you always joke because that’s what you did, but not once did you lead me astray, instead you reminded me of the dreams and goals I always wanted. Now big bruh, I’m so close to becoming the doctor that you knew that I wanted to become. Thank you for being the man, father, son and a big brother you were. Rest easy big brother, till we cross paths again. The family will receive friends and family from 12 p.m to 2 p.m. Saturday, December 26, 2020 with brother Johnny Taylor officiating. Perry Cleveland, Devon Bertrum, Danny Ewing, Brain Inman, Keith Whitehead, and Orlando Hall serving as pall bearers.

Kerry Floyd was born on April 13, 1968 in Harriman, TN as a special gift to an even more special woman. Kerry will be sadly missed by all that knew him. Kerry made so many positive impacts on so many different people&#8217;s lives. He was a... View Obituary & Service Information

The family of Kerry Floyd created this Life Tributes page to make it easy to share your memories.

Send flowers to the Floyd family.