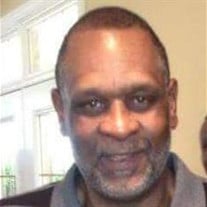 Richard Anthony Melton, age 64, of Lenoir City, Tennessee departed this life on Sunday, March 15, 2022. He was born January 20, 1958, to the late Mary Francis ‘Dean’ Harrison Brown of Etowah, Tennessee. He was immediately adopted by Caretha King Melton. Rick was raised by his grandparents James and Elizabeth Brabson in Athens, Tennessee. He accepted Christ at an early age under the leadership of Reverend G. Hardaway at A.O.H. Church of God. He later joined Macedonia Baptist Church in Philadelphia, Tennessee and was a member until moving away. Rick (or Ricky as some fondly know him) graduated from Loudon High School where he excelled in football and basketball. He received a scholarship to Mars Hill College and was there for a short period before becoming permanently barred from playing sports. He was an all-around sportsman and if you were around him for just a few minutes, it was quickly identified. He was up to date any type of stats you wanted to talk about. He was most recently employed at UT-Battelle and retired at an early age due to the many major surgeries he experienced. He is survived by his loving wife of 43 years, Cynthia Ratledge Melton; daughter Brieanda Nicolle Melton and friend Charles Snipes; adopted son/nephew, Zachary Pryor Mitchell of Murfreesboro, and grandson, Robert (Bubby) Davis; Sister, Rev. M. Wyvetta and Neil Bullock of Oak Park, Illinois; Brothers/Sisters-in-law: Freddie & Edna Harrison, Barbara Lee Kerr, Van D. Ratledge of Chattanooga, Jeanette & Charles Hogans; a host of nieces, nephews, cousins, relatives, and friends. The family will receive friends on Saturday, March 19, 2022, at Kyker Funeral Homes, Sweetwater from 2:00P.M. until 3:00 P.M. with the funeral service to follow at 3:00 P.M. in Kyker’s Chapel with Rev. Vant Hardaway, and Rev. Archie Smart officiating. Interment to follow in the Sweetwater Memorial Park. Kyker Funeral Homes, Sweetwater, in charge of arrangements. www.kykerfuneralhomes.com

The family of Richard Anthony Melton created this Life Tributes page to make it easy to share your memories.

Send flowers to the Melton family.