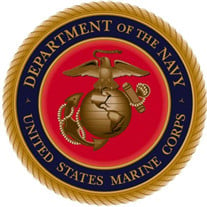 William Clifton Carothers departed this life to join his Creator and his beloved wife Billie Jo Davenport Carothers on February 5, 2021 at his home in Ten Mile, TN. Bill was born to Jennie B Wilkerson Carothers and Felix Clifton Carothers on July 26, 1926 in Nashville, TN. He was preceded in death his beloved wife, parents, sister and brother-in-law Earline and Charles Berry, brothers-in-law George Thomas and Jack Vaughn, sister-in-law Martha Ella Davenport Reed, parents-in-law Paul Franklin Davenport and Mary Ella Hyder Davenport. He leaves to mourn his passing, his children Melanie and Bill Hall and Mark and Lori Carothers, grandchildren Chantry, Jessie, Ethan, Chancey, Heather and John. Siblings Margaret Thomas, Bobbye Vaughn, Charles E. Carothers and Paul E. Carothers, brother-in-law Edwin A. Reed, as well as several nieces and nephews. The family wishes to publicly thank his caregivers, Tonya, Emily, Skye, Autumn, Donald, Felicia, Keara, Chris and Dr. Michael (Elite Healthcare) who provided Bill his medical care during the last year by making calls to his home. Bill as a bit of a Renaissance man and in his younger days ran 5 miles every morning before going to work, long before running was the popular thing to do. He was a Conservationist for as long as we can remember and on his post retirement daily walks picked up trash from the roadsides, he installed seatbelts in our 1957 Dodge much to the dismay of his children. He read and studied numerous construction books and manuals and in November of 1989 he and Jo moved into the home he built himself having also drawn the blueprints. He was a civic minded citizen, even as a young man, volunteering and serving as a United States Marine in the 2nd Marine Division during World War II. He was active in the Kingston Jaycees, a former Kingston City Councilman, former Scoutmaster of Boy Scout Troop 101 in Kingston, taught Sunday School for many years and volunteered with the South Roane County Volunteer Fire Department. He went on two mission trips to Mississippi after the devastation of Hurricane Katrina to help rebuild homes with the Presbyterian Church. Bill was a retired Machinist from ORNL with 32 years of service. He was a member of Luminary United Methodist Church and provided labor every single day that the new church was under construction as a volunteer. He volunteered his time with Habitat for Humanity on various home builds and with the Morgan-Scott Project, building handicapped ramps or home repairs, for those needing help in Morgan and Scott Counties. Due to the Covid-19 pandemic there will be no services at this time, when it is deemed safe to gather again a celebration of his life will be held in the back yard of the home he built. At that time the Reverend Billy Kurtz, family and close friends will gather together, celebrate and give thanks for Bill and the life he lived. Kyker Funeral Home of Kingston is serving the Carothers Family. www.kykerfuneralhomes.com

The family of William Clifton Carothers created this Life Tributes page to make it easy to share your memories.

William Clifton Carothers departed this life to join his Creator...

Send flowers to the Carothers family.